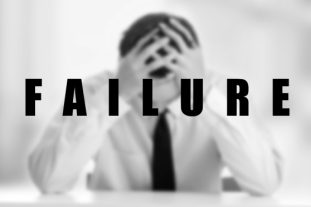 Failure is a word that doesn’t get much positive use these days, except in snappy articles with titles like “How to avoid failing at…” along with “10 ways to avoid Failure.” and so forth. Inevitably, my post is going to get lumped into those results, but I’m not going to talk about how to avoid failure.

Because I don’t believe that we should.
If it’s going to happen, then I feel that we should let it happen and learn from what caused it. I’ve had this particular lesson quite a few times in my life and while I haven’t enjoyed the experience at the time, I have appreciated what each one has taught me – usually well after the fact.

As I said a month ago or so, I did NaNoWriMo this year.  The aim, as always was to write 50,000 words in thirty days.

I had a couple of additional goals:
1 ) Actually finish the story by the end of the month.
2) Try out working to a detailed plotline.
3) Be disciplined about my writing.

So here we are on the 1st of December. The 30 days of NaNo have been and gone… and for the first in since I started this once a year writing rocket, I have failed to “win”.

There are many reasons why I failed.

There was a massive technological problem in the first week and it not only complicated my writing life totally, it messed up my mindset.

It was a bit like watching dominoes fall over. I’d managed to actually fulfill one of my goals before NaNo started – I had a detailed plotline worked out in my notebook, along with my usual character sketches and maps. I started the month well; the first two days I was strong and disciplined and hit the word count target perfectly…

Then my HDD refused to work.

Cue panic and upset and arguing. I tried everything and anything to get it back up and running. I consulted Mr Google; talked to those of my facebook friends who are IT experts; scrambled to make sure that I had the most important files (for my published books) safe and well somewhere…

But by the time I had calmed down enough to restart writing, my mindset was gone. I was lost in my own head and nothing I wrote seemed to fit, despite the fact I was following the plotline I had created… I had literally lost the plot.

I rallied and found my way back, but by that time I was 10,000 words behind. I’ve been there before and caught up, so I wasn’t too worried… but every time I tried to sit down and write more than a couple hundred words, life seemed to conspire against me and keep my mind out of the right place.

That’s more than I started with, so it’s not a total failure and because I have the plot line done, I can carry on with it and get the story finished. Strangely, I’m not upset about it.

A lot of the articles on “failure” talk about it as if it’s something that is so awful that you must not let it happen to you. They’re wrong.

Failure is the key to success; each mistake teaches us something.

In this case, I learned:
1) I need to backup all my important documents regularly in more than one place.
2) Mindset is the most important part of writing for me; if I can’t get my mind into the right place then nothing else goes right.
3) I’m not a pure Plotter. I can create an outline but I can’t stick to it. There’s just too many interesting things that pop up along the way to work in such a rigid manner.
4) Numbers are useful for keeping track of what I am doing, but when I obsess about them, the words they’re tracking run away.
5) I need to learn to relax.
So while all there are thousands of writers out there that are celebrating hitting that 50,000 word goal and writing a whole novel (maybe for the first time ever), I’m going to pour myself a glass of wine and celebrate learning to fail.
******************************************************************************
If you want to take a look at what I did manage to write, head over to Wattpad via the graphic below and have a read. I’ll continue to update it as I write the rest of the story, so check back regularly. Enjoy! 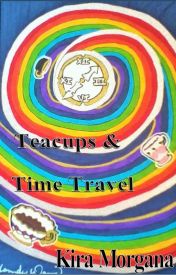 Join 1,427 other subscribers
Follow The World of The Teigr Princess on WordPress.com