It has been an interesting year. On the rollercoaster of life (sorry Vivienne, I couldn’t help myself) it has been a year of mostly downs with the odd hill pulling me up so that I can go down some more.

Or at least that’s how it feels.

The Tower and The Eye had been available in 2012 / 2013 as individual books. Book 1:  A Beginning, had been published by Pfoxmoor, but I took it into the self pub world when the publisher closed their doors. Diane Nelson of Pfoxmoor was the first person to see what TTATE could be and encouraged me to keep writing and publishing the series.

In fact I had just released Book 3: Freya’s Freedom when Blue Hour Publishing asked to read the first one properly… and then asked if they could take it under their wing in 2014.
I’d just finished writing the last book of the series “Nightbringer” and Blue Hour decided to combine all the books into one volume. The Editor drew more out of the stories than I realised existed!

TTATE was then released in July 2015 as an e-book and in October as a Print Book… it’s become the one book that I have had people ask for signed print copies of and by virtue of those sales plus the ebook sales, it’s become (hands down) my best seller – internationally as well; I’ve sent signed copies to America, Germany, Norway and the Netherlands.

It is currently my favourite book baby and the one world that I keep returning to, to write about. I picked up the start of an old WIP from that world in March “The Ballad of Pigsnout the Wanderer” and it turned from the short story I had intended it to be, into a fully fledged novel… which is currently in the hands of the Editor at Blue Hour. I’m also working on the creation story of “The Lych Mistress” and the sequel to TTATE…

In other worlds, I’ve had lots of new ideas and have even started writing some of them. But while Quargard has my ear, none of the others is likely to be finished any time soon. I also (early on in 2015) finished the SFF book I’d been working on for a good three years, so in a way, the ups have been all about writing. 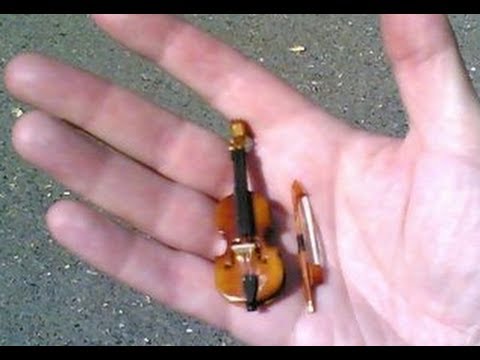 This is where things get depressing (Cue the Worlds Smallest Violin music) so please forgive me if I get a little drippy.

Early in 2015 I had the inkling that PT (my eldest daughter) was also suffering the slings and arrows that NOS (my son) had already gone through. She is very much his opposite in personality and many people thought I was going crazy, but I pushed and the doctors came to the same conclusion – she too is a High Functioning Autistic person.
This made life easier and harder in a couple of ways. It became easier because I could see what was driving her behaviour, but as she also hit the start of puberty this year, the behaviour suddenly became much worse.

At the same time, our financial situation became harder because TOH (my fiance) lost his job due to his back problem getting worse. So there we are, stuck in a house that is too small for three HFA’s and a toddler to live in without there being some serious re-arranging.
Sadly, the re-arranging has been on the cards since 2010 – getting NOS to agree to it took a year. Getting him to start to slimline his collections down enough to get him into a smaller room, that took three years.
He’s still not happy with the idea, in fact he’d take a complete change of house and town easier than the change of room… (his words not mine)

My Stress levels (and my weight) have been climbing because of these events and a few others, which meant that my writing was seriously affected. Nothing new that I started seemed to want to be finished and my motivation to write dropped down to almost nil. That Quargard and TTATE have been doing as well as they have is a miracle in my eyes!

It hasn’t been that bad a year really. It’s just felt like I’m trying to run through a pool of golden syrup in order to get anything done. I’m hoping that 2016 is going to to be a better year in so many ways, heck I’d settle for TOH’s back getting fixed (even temporarily) and having enough sales to be able to feel like a proper writer again (which happened for a brief moment with all the signed books) and pay for some good covers for my back catalogue / new releases!

** Write everyday and make a note of the word count in an effort to keep myself writing.
** Organise my family life a little better – get the kids out to more social activities in an effort to teach them how to socialise! Use my Diary / Calendars to better effect.
** Have one Driving Lesson a Week – all I can afford at the moment, due to finances being in the doldrums.
** Move out of my chair more – Swim once a week, go for a long walk at the weekends, do some Yoga; whatever it is, I have to do more of it and regularly.

I may end up adding more to this list, especially once something gets taken off, but for the moment, this is more than enough!