I sometimes forget that there was once a world without the technological miracle / horror that is the Internet and Computers.  I work with it every day and it sucks up large tracts of my time…

…hmm, maybe that’s what The Internet lives on,  the time that it sucks out of its users…

…there might be a story there; I bagsie it!…

Anyhoo… I lived through the era when Computing was just starting out. My Dad bought a BBC computer (before you ask, he had an A & a B at the same time) when I was at Primary School and I was quickly hooked on being able to type on the keyboard  and see the letters appear on the screen. I even borrowed one of my Dad’s Computer Magazines and wrote a simple programme.
You might think that would have sent me down the programming route, but I found that I was more interested in what a computer could do for me rather than what I could do with the computer.

It wasn’t until I was doing my GCSE’s that I started using a Word Processor on a computer; up until then, the only subject that used computers was Maths and that was usually to play with a LOGO Turtle and draw geometric shapes. That was when the lightbulb went on in my mind for writing and I spent two years worth of lunchtimes writing a nonsense play with my friends.

I didn’t start this blog until 2009… in fact my very first post was an explanation of the various types of jargon that I used in my posts.

Highly enlightening…
…Sarcasm intended… why haven’t they come up with a sarcasm font yet? They can do almost anything else…

2009. I’ve been blogging  for seven years and writing seriously (for publication) for at least five of those. O’course, I’ve been writing for a lot long than that, but it wasn’t until I started teaching that I found I needed another outlet for my emotions and writing was it.

In that time I’ve eaten a lot of Cake… *looks ruefully at her figure*… so joining Cake & Quill seemed a logical step. I’ve decided that I’ll write a story for another one of their anthologies… this time the theme is: CAKE 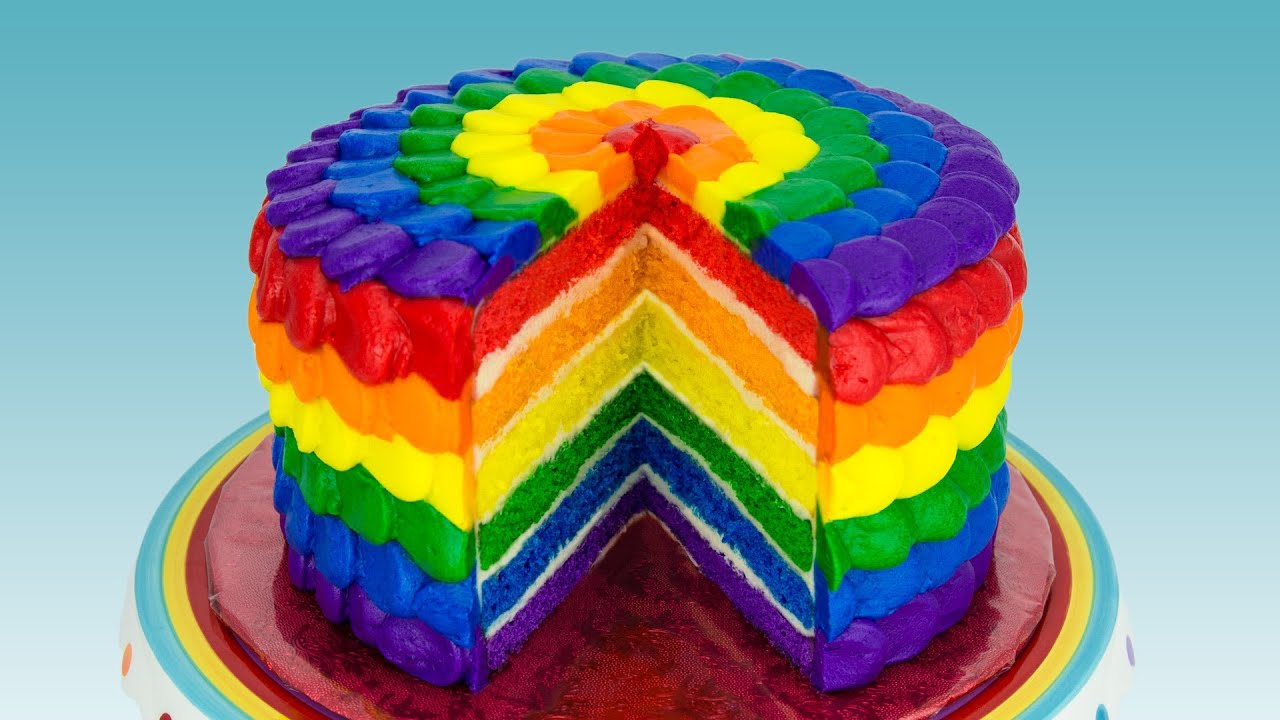 Easy, huh? All I have to do is write a short story involving Cake somewhere… sadly, Puff has decided to go on holiday again, so actually writing it is causing me some trouble.

The latest Cake & Quill Anthology, Hearts and Other Dead Things, has received a great review from Author/Blogger  Suzanna Burke – you can find it on Amazon and on her Blog; Sooz Says Stuff. Remember, every book sold means that the profit from the book goes to the charity we are supporting.

I can’t seem to keep my mind on one thing at the moment, so in an effort to keep myself actually writing something, I’ve been working on “Teacups and Time Travel”… and it’s sunday… so let’s have a Sneak Peek Sunday!

Elizabeth laid in her bed, staring up at the ceiling. In the parlour, Thirrin had curled up on the couch and Elizabeth could hear him snoring despite the thick blanket she’d laid over him.

Why would they send him to talk to me? If he’s spotted and captured, he’ll end up dead on some alchemists table, being taken apart for ingredients. She shivered. Not for the first time she wondered why she’d settled here in the first place. Stemsin is Zonlasin without the ethics or advanced technology.

The thought of the other Earth Analogues out in the Hall of Worlds made her heart flutter. No. she took a deep breath and quelled the sense of anticipation that had filled her the moment the Faerie Dragon had appeared. I gave all that up. I gave up being that person when the Council stopped me from saving them. One breath wasn’t enough to calm her, so she settled into the meditation pattern that she’d learned in Quargard, one deep breath held for ten seconds before letting it out slowly. That breath was followed by another, and by the time she’d released the third, she’d dropped into sleep.

Then she began dreaming…

A knock at the library door heralded the entry of Mr Booth. “The Chief Constable begs a moment of your time Lady Beadington-Ritterson.” Uncharacteristically, he didn’t come all the way through the door, merely pushed his head and shoulders through the gap.

Elizabeth stared at him. The Chief Constable… Lady… for me to be called that… no, surely not… it has to be something else

Mrs Butcher stood up and moved behind her. Elizabeth could feel the warmth of the housekeeper’s body behind her suddenly chilled flesh. She drew strength from Mrs Butcher’s presence and nodded, not trusting herself to speak.

The butler appeared to understand and turned away.

Elizabeth heard him murmur to someone outside, then, as he opened the door fully and ushered the Chief Constable through, she also heard the patter of running feet. Two directions? I can understand sending a maid to the kitchens to make refreshments, but where would the other one be going?

The figure of the Chief Constable, resplendent in his dark blue uniform, silver epaulettes and buttons gleaming, wiped the thought out of her head. He swept into the room, tall blue hat held in white gloved hands and strode towards her. Booth took the top hat as the chief constable came to a halt in front of her.

Out of habit, Elizabeth rose and greeted him, hand held out to shake his. He took it, sank to one knee in front of her and looked up into her eyes. “I have some terrible news, Lady Beadington-Ritterson, I would suggest that you sit down.”

She raised him to his feet and as he stepped back releasing her hand, sank back onto her seat as gracefully as she could manage with suddenly trembling knees. He swallowed.

Elizabeth’s tongue felt huge and numb as the fear that had been lodged at the back of her mind ever since the news of her tutor’s death made itself known. She worked her jaw for a moment, until her tongue felt normal again, swallowed and managed. “How?”

The Chief Constable looked behind himself at a nearby chair. “Do you mind awfully, if I sit, down, my Lady? My limbs have no strength in them.”

She nodded. “Of course.”

He sat down with a sigh. “The vehicle they were travelling in had developed an engine fault and the passengers were sitting inside, waiting for the engineer to finish his repairs. As he tinkered with the engine, there was a sudden swelling in the steam condenser and the engine exploded. The only person to escape unscathed was Sir James Starley and that was by mere chance that he happened to be talking to the local blacksmith in his forge at the time.”

“Then how many people perished in total, including…” Elizabeth’s voice faltered.

“Two thirds of the village, My Lady. The village school had been let out early so that the children could see the conveyance and many of those who work around the square were there as well. An estimated one hundred and twenty souls were sent on to the Goddess’ cauldron for rebirth.” He pulled out a spotless handkerchief and wiped his brow.

“I see. Were there no survivors at all?” she asked as there was a soft knock in the family pattern at the door. Mrs Butcher called out for the maid to enter.

Booth opened it and ushered a maid into the room, pushing a tea trolley. The maid left it beside the fireplace and left quickly. The butler then served tea to Elizabeth and her guest, who appeared to be relieved at the interruption.

Once they both had a cup of tea in hand, Booth returned to his position beside the door.

Elizabeth repeated the question and the Chief Constable sipped before he answered.

“Several of the school children were far enough away to only receive minor injuries, but those inside the carriage, the engineer, the flag runner and all of those who had crowded close to the machine were killed instantly.”

She nodded and pushed her untasted cup away. “Thank you for coming to tell me. I appreciate that it isn’t the most pleasant duty in the world for a constable of any rank to have to do.”

He smiled, sadness etched on his heavy features. “It is one of those duties which have to be done, my Lady and it is all the more upsetting when I have to come to such a prominent family with such bad tidings.”

She found her hands trembling and folded them into her lap in an effort to remain calm. “I appreciate the personal attention.”

The smile gave way to a frown and he looked at her. “Is there anything I can do for you, Lady Elizabeth? Do you have any other relatives to help you in this sad hour?”

She blinked and swayed in her chair for a moment before her back automatically stiffened. “Only my Aunt, the Duchess of Arking Vale, but I suspect that has already been set in motion.” She glanced toward where Booth stood beside the tea trolley. He inclined his head just enough to tell her that her hunch was correct.

“Then if you wish it, I shall leave a constable with you to fend off those who may try to disturb you unannounced.” He picked up his hat and stood, looking uncomfortable. “I need to return to Yeracha, so if you will forgive me…”

Join 1,426 other followers
Follow The World of The Teigr Princess on WordPress.com