As I said in my last post, I’m in the doldrums a little over my work… so I decided to republish “The Tower and The Eye” series  with the last set of editions – and realised that “Nightbringer” had never actually been published by itself – just as the omnibus edition!

So all five individual books are now available on Kindle. I’ll eventually sort out print covers for them too, and republish the Omnibus ed. Audiobooks are a world that I am exploring currently so I’m working on those too…

If you’re interested in the kindle books, just click on the cover banner up there ^ and it’ll take you to my author page.

Another project that I am working on this year (as well as all the WIPs) is the illustration of “Author & Muse Stories”. I’m doing it for Inktober 2018 and will be posting the completed pages in my Fan Group on Facebook. I’m under no illusions about this – the stories themselves took seconds to write (they’re dialogue heavy, flash stories) but illustrating them will probably take a lot longer!

As a preview, here’s one that I attempted earlier in the year:

I’m not massively keen on this style of page or drawing. so it’s not the way the book is going to be exactly, but it gives you an idea of what I’m trying to do.

As far as the pieces of writing that I’ve been working on this year are concerned, I’ll be continuing “Curious World” for NaNoWriMo in November and trying to finish “Teacups & Time Travel” as well as “Curse of The Jade Cat“.

The latter story already has a cover, done by Author’s Assembler, but until I’ve finished the story and started on the edits, I’m not going to do a cover reveal. So keep your eyes peeled for that one!

Well, that’s it for now… see you later!

…And that only means one thing in my world!

Writing, and lots of it.

(I am somewhat of a glutton for punishment methinks)

This year I am revisiting a project that I started in November 2015 during NaNoWriMo.

The word count on that one went fairly well – I managed 26,633 words – until I hit my usual nemesis… the middle of the book!

So I put it aside until the following April and my 4th Camp NaNoWriMo. This time I decided to come at the same story from a different angle… 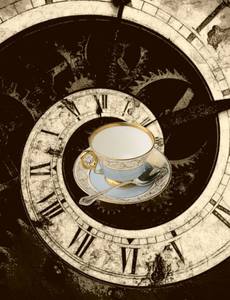 This time I managed just 21,259 words – my muse departed for a holiday and left me high and dry!

I’ve added a few thousand words to it since – the word count currently stands at 37,867 and I’d really like to get:

That’s assuming that life doesn’t distract me too much and that I can get my current WIP finished.

Talking of which, I’ve got to 66, 907 words and killed off a few characters along the way. I’ve also managed to set the scene for the next book in that world. I also changed the title from “Chamberlain’s Curse” to “The Curse of The Jade Cat”. So I’m pretty happy with it; I just want to get it finished so that it can move onto the next stage!

The first book in that world is “Heir of The Dragon” and I’m in the process of giving it the once over, seeing if I can improve it. It’s been given a sparkly new cover – which I will do a big reveal of once I get closer to the time when I can say that the new book will be published… because that also has a wonderful cover by the same Cover Artist and deserves a big build up!

So now you’re all caught up with the World of the Teigr Princess,  I’m signing off until the end of April. Social Media is a huge procrastination station for me, so I need to unplug completely to get things done.

Hopefully when I post next, I’ll have two new books to tell you about!

It’s no secret that Facebook is using the people who use it to make money – it’s the whole basis of those ad filled newsfeeds that we all hate and the “boost your post for £” message that pops up when you run a page on FB (for whatever reason).

They also do all sorts of updates and suchlike in order to adjust things – sometimes this is for the better, sometimes it’s for the worse.

The latest one (apparently) is meant to stop clickbait advertising, false news, scams etc. Fair enough, but then again…

This post sums up the technical details as pertains to authors quite nicely:

So I’m going to have to change the way I interact on FB – be more careful with my wording and only post things like questions about my covers etc in my Fan Group, where they will only be seen by those of you who actively seek me out on FB… Or I can return to using my Blog more actively for such things – but again, I’d only be able to post links to the blog posts in my Fan Group.

If you’re interested in joining, my Fan Group (typing that feels so odd – I don’t think of myself as having fans of my work!) can be found at:

I am the only admin, so I check the join requests myself – I haven’t yet turned anyone away!! I would set up a newsletter, but because I am not sure from day to day what I am doing and which book is going to be published next, they wouldn’t be particularly regular and I have no idea if anyone would be interested in having one turn up in their Inbox.

together we can solve tomorrow